I’ve spent a few hours today and yesterday adding behaviour to the hero and monsters. The biggest challenge is keeping monsters apart, having them follow the hero and not tunnel through walls.

For path finding i use a rather simple and unoptimized implementation of A* on a tile grid (though it’s generic enough to work on any graph really). Path finding is only used to guide the hero to the point on the map the user tapped on.

I tried doing A* for every individual monster, but wasn’t happy with the result. Steering behaviours can’t resolve deadlocks resulting from paths that overlap in space and time, which creates stalemates among monsters. There might still be a way to make this work, however, for the simple dungeon maps the seek behaviour should suffice.

There’s a nice paper by Vavle on how they solved similar problems in Left 4 Dead. It’s a bit overkill, but some principles i could apply to my scenario as well. Haven’t had time to look into it yet, reactive path following looks pretty much what i had before i killed A* path finding for monsters. Thanks to Dave (@redskyforge) for pointing me at the presentation. You can try the desktop version here. Press ‘d’ to toggle the debug renderer.

You can try the Android version here. Alternatively you can use this QR code: 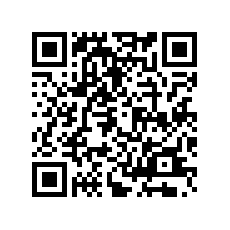 Here’s a link to the notes. And here’s the almighty video:

It will take a while until the video is processed, come back soon.

We got a few very nice contributions over the last two weeks for our Bullet SWIG/JNI wrapper, originally contributed by the now lost Sterwill. I added bullet back into our nightlies build, so you can now enjoy the extension on all desktop operating systems and Android. Note that it won’t work with GWT (and i have no plans to remedy this). I will eventually port it to iOS as well, where by port i mean great a freaking XCode project for it…

Here’s a screenshot of one of the tests, you can find the source here

Enjoy, and thanks to all the awesome contributors who keep working on this!