What? You don’t know what Ashley is? Here is a brief, straight from GitHub.

A tiny entity framework written in Java. It’s inspired by frameworks like Ash (hence the name) and Artemis. Ashley tries to be a high-performance entity framework without the use of black-magic and thus making the API easy and transparent to use.

Stefan Batchmann started the project on February 2013. Since he is rather busy making actual games, he asked me to look after the project and I gladly accepted.

Entity systems are really cool and can help you write cleaner game code, avoiding the classic inheritance hierarchy hell. This article does a pretty good job at explaining the benefits of entity systems.

It’s funny how strongly opinionated developers seem to feel towards entity systems. Some love them, some hate them. Have a read, experiment with Ashley and decide for yourself.

The readme will help to you get started. Please, do not hesitate to open an issue if you find any problems. If you send a pull request, you will have our unconditional love.

During the past couple of months me and a bunch of awesome collaborators have been working on a proper Ashley release and now it’s done. Here is the list of the new shiny features.

Mind that some of them break the previous API. However, this is our first official release, we’ll push hard to keep the API backwards compatible from now on.

I try to keep an up-to-date TODO list with a very informal roadmap. Here is what to expect next:

Google’s augmented reality game Ingress has launched on iOS. It appears to be using libGDX on iOS as well, which means it either runs on the old Xamarin backend or our more stable and faster RoboVM backend (performance seems to indicate the latter). Here’s a pic of the credits on my old iPad2: 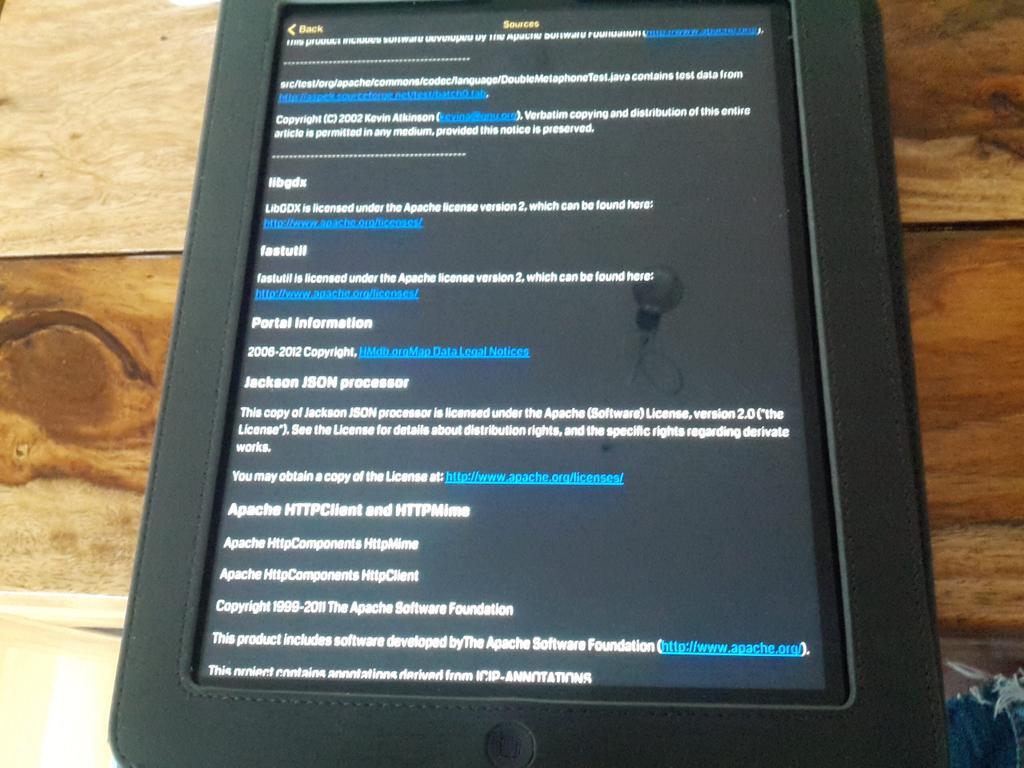 It’s gonna be interesting to follow the reviews on the App Store.