Nate joind the libgdx effort a while back (feels like years already…). He’s previously been working on this own cross-platform lib called skorpios but eventually decided to join the dark side of libgdx. He’s in charge of the TWL backend and the new particle engine and editor (yes we have an editor :)). I make him blog about that stuff cause i know nothing about it. Here’s the standard interview questions with answers from your most beloved contributor Nate.

me: Who the fuck are you?
Nate: Just another indie game developer trying to make it big. I had started my own Android/desktop OpenGL API, Skorpios, but didn’t find a lot of time to work on it. libgdx is farther along so I decided to join forces, and by that I mean Mario can fix all the shitty code and bugs I check in.
me: Why do you deserve being on this blog?
Nate: I guess because I spend all my damned free time working on libgdx!
me: So what are you going to force down our throats?
Nate: Let’s see, so far: source code format, LWJGL backend, Sprite class, font rendering, the TWL GUI library, particle emitters, GLCommon. Next is probably something with image packing, spritesheets, animations, and maybe animated particles.
me: Any projects you got cooking?
Nate: Instead of working on libgdx, I’m supposed to be finishing my RTS game, Arcane Tactics. From my OSS projects, the most relevant to this blog is KryoNet (http://code.google.com/p/kryonet/), an Android compatible networking lib. Here’s a robot with an Nexus One brain, remote controlled by KryoNet (http://www.youtube.com/watch?v=ZeZ3R38d3Cg). Somewhat less related projects:
Scar (http://code.google.com/p/scar/) for building Java apps. Package applets and JWS without wanting to kill yourself.
MinLog (http://code.google.com/p/minlog/) for zero impact logging.
YamlBeans (http://code.google.com/p/yamlbeans/) for human readable object graphs.

me: Last words?
Nate: Sure, here is a pic of my bitch: 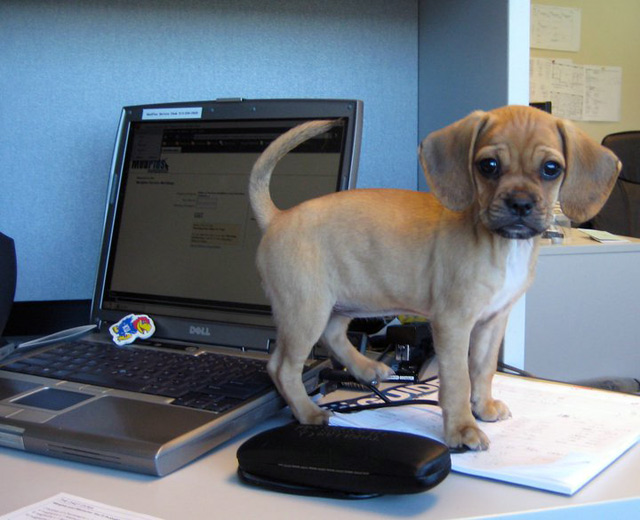 One thought on “Say Hello to Nate”